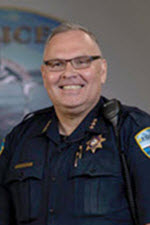 Chief Chris Sutter was administered the oath of office as the Tulalip Tribes Chief of Police on September 24, 2018. Chief Sutter’s career in law enforcement began in 1986. He came to the Tulalip Tribes after serving as the Assistant Chief of Police for the City of Vancouver, Washington where he served for over 26 years. Chief Sutter brings extensive experience in leading complex law enforcement operations and programs including patrol, investigations, special operations, administration, professional standards, finance and logistics, and leading multiple regional task forces.

Chief Sutter has a strong personal commitment to integrating community policing and community outreach to proactively reduce crime and solve problems. The Tulalip Tribal Police Department places an emphasis on building trust and providing open lines of communication with the community while providing exceptional service to meet the needs and priorities of the Tulalip Tribes and its members. Chief Sutter is committed to upholding and protecting the Tulalip Tribes sovereignty and treaty rights.

Chief Sutter and his wife, Sue Tso Sutter (Dine-Navajo), are the parents of four children. The Sutter family enjoys spending time together, gardening, outdoor activities, fishing, visiting family and friends on the Navajo Reservation, and attending tribal gatherings and events. 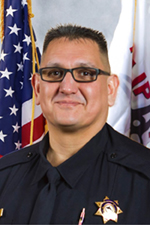 Commander Williams began his law enforcement career in 1995 with the City of Darrington. He started working for the Tulalip Tribal Police Department when the Tulalip Tribes retroceded in 2001.

Commander Williams finds that working in law enforcement is one of the only careers where you can interact with people when they are in their best and worst times of times in their life.

Prior to joining the Tulalip Tribal Police Department, Commander Williams worked at the Tulalip Resort Casino in the security department and in the Tribal Gaming Agency as a Regulatory Inspector. 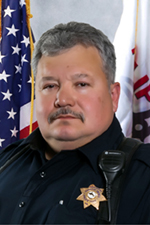 In 2011, Commander Arroyos joined the Tulalip Tribal Police Department as a Patrol Officer, and has since served in many roles such as Field Training Officer, Emergency Response Team Officer, also being an Instructor for Firearms, Rifle, Crisis Negotiator, Chemical Agents, Flash Sound Diversionary Device, and Less Lethal Impact Projectiles. Commander Arroyos has been involved in training most of the current Patrol Officers that are serving today, he is also assigned as the current Emergency Response Team Commander. His goal is leadership through courage and service.